Bad teams cause stress. They zap our energy. They hurt our ability to be engaged at work. They kill productivity and can do damage to our health. Toxic behaviors invade the dysfunctional team and blame/defensiveness, contempt, gossip, silo thinking and territorial in-fighting dominate the climate. 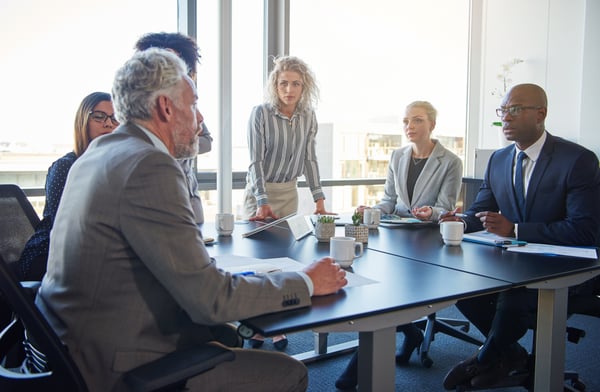 In our work at Clearwater Consulting, we are often called in to these types of settings when things get this point. And we are usually asked to focus on the leader. Get him or her in line and all will be well. Prepare a 360° feedback report or coach the leader to get things back on track. After all, it has to be the leader’s fault, right?

Sometimes getting the leader back on track is part of the solution. But, in our experience that is just one part of the problem! The real issue that troubles most of the teams we see in a dysfunctional haze centers around the inability to hold one another accountable to the goals, commitments, and values that create purpose for the team. Patrick Lencioni’s research with over 12,000 team supports just how hard it is for teams to hold one another accountable—2/3 of the time it was the lowest score on his team assessment. 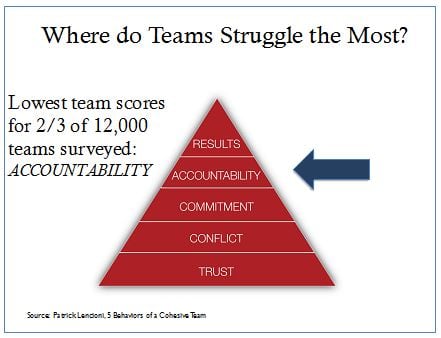 Accountability is so hard to develop on a team because it doesn’t just fall to one person—like the leader! Instead, if a team is going to practice holding each other accountable, it has to overcome these 5 reasons they lack accountability:

Sometimes the best thing a team can do is to acknowledge how hard it is to hold each accountable and ask team members what this lack of accountability costs the team. Then the real work begins.