What if your Company had a National Signing Day? 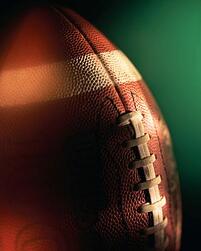 National Signing Day is one of the most exciting days of the year for College Football Programs. This year the official day was February 5, 2014 and many colleges set up "war rooms" in preparation of signing day. The head football coach and assistant coaches have spent months, and sometimes years, scouting and building a relationship with these coveted recruits, his parents, relatives and just about anyone who exerts influence, in the hopes of landing them for their college team.

Recruits are ranked according to their position, skill set and performance in a system of 5-star, 4-star and 3-star rankings. Colleges certainly covet the game changing 5-star player who can turn a program completely around, but they also look for players based on the program's need - their own form of succession planning - by determining where they lack depth, who is graduating, and where they might need strong back-up.

After the day concludes, the caliber of each college program's talent is assessed and ranked, with sports analysts weighing in and debating who landed the top class. Of course, the class rankings are one thing and every program wants to rank in the top 10 or even 20 programs. But, after all the excitement dies down, there are 3 things that need to happen to get the most from the new players:

Is the treasured offensive lineman, defensive back or red shirt quarterback ready to block, work on his footwork, and learn the new system? Or, is he a player to be developed based on the depth chart, age, weight issues etc.?
Are the coaches willing to do what's best for both the player and the program? Will they invest the time it takes to work with the new player?
Will the player do what it takes to get better, seek feedback on where he needs to improve, be willing to take risks and even make mistakes in order to get better? Is he coachable? Or has the hype convinced him he knows all he needs to know? 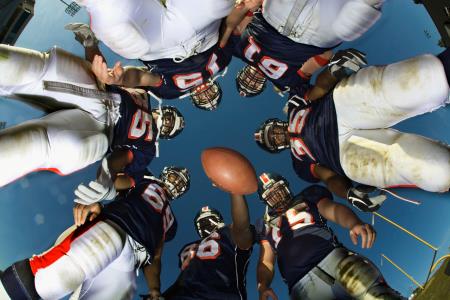 talent. It's no secret that qualified, highly skilled labor that can stand out in a global, complex economy is in hot demand. In certain fields, these workers can call their own shots and are nurtured and wooed in a similar 5 star way. Companies have their own war rooms and approaches on how to land their top classes. They may invest in additional talent acquisition resources, increase the frequency of times they visit a college campus, or pull out all the stops when they have someone interview at the company headquarters.

But like those coveted recruits, landing the top talent or the key skilled player is only half the battle. It takes the proper assessment, coaching and coach ability to really get the most of the people you hire.

One of our favorite clients in healthcare models this approach exceptionally well. They have a team of several recruiters who recruit for a specific role and expertise. They spend months scouting for the leaders they want at their company with multiple college campus visits. They are very specific about the people they are looking for and the qualifications they need to possess to be successful at their company.

And, after the initial hiring, they really get busy making sure their talent is successful. The newly acquired leaders take part in several rotational assignments of 4-6 months in length over the course of the 2-3 year training program. They involve the senior leaders in the plan to make them successful. They offer specific leadership training that helps the newly acuired person know that they believe in developing leaders for the future. The best part about it- they have a track record of success. Turnover is low and people end up in the roles that best suit them leading to greater success.

Josh Bersin of Bersin by Deloitte just themed 2014 as "The Year of the Employee". Are you ready for it? What does your vision of a national signing day look like? And, will it attract the leaders you need to stay competitive in the future?