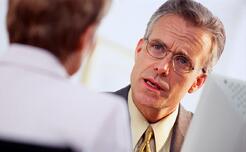 Whatever your politics may be, it seems like these days all we see are people (and parties) having a difficult time with timely conversations that remove barriers to success or show the ability to co-exist. It has me thinking that it really is true, most of us would rather delay, deny or avoid the painful conversation we need to have to get things back on track.

So what's the price we pay for avoiding the painful conversation?

I can still remember the day I had to talk to one of my direct reports about his drinking problem. I agonized over the need to speak with this guy because I cared so much about him and I was worried he would think I was being nosy. I even started to rationalize his behavior thinking he just needed to let off steam and that his ten beers at the baseball game was reasonable—after all it did go extra innings! But things got worse, and I noticed many of our vendors and suppliers knew about the problem and were also concerned and wondering what the heck I was doing about it. It was hurting our company reputation and it sure wasn't helping the gentleman I was supposed to be leading and managing.

So many of us delay the dreaded conversation...

My conversation finally did take place. I grabbed a late lunch one day at a pub across from my office and there in the middle of the day he sat bellied up to the bar nursing a beer. I left the pub realizing I had to do something for him amd myself. I could no longer hide the fact that this was serious and needed fast action. I still dreaded what was to come, but I sat down with HR and we worked out the details and crossed our fingers hoping that he would agree to get help. And despite my desire to see this individual step up and own his behavior, that did not happen and he eventually left the company. But, I played a big part in this leader's failure: by not speaking up sooner, I left this guy to wonder about boundaries, rules and what is and was acceptable.

As a leader, having difficult conversations with a team member or peer may be one of the hardest responsibilities of your position. Do you put off conversations that you fear will hurt someone's feelings? If so, what did it cost you? Did you feel relief when you finally had the conversation?