"Lead, follow or get out of the way." - Laurence J. Peter 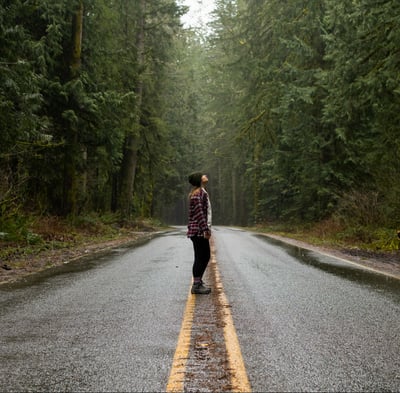 It's a well known story. A valued senior leader gets promoted. He was promoted based on a track record of success. But a funny (albeit not really funny) thing happened to this leader after he was promoted, he failed. He never thought it could happen, after all he knew the company really well and he was well liked. His performance had always been strong, so where did he go wrong?

Red flag #1. There's no team support for the promotion.
He wasn't set up for success. All the risk and all the work fell to him. He was put in a difficult position, he took the place of the newly appointed president. And, the president had been in his old role a long time and his direct reports loved him, so much so that they were in mourning about the new boss--even though they knew the new leader and liked him. He found himself walking on eggshells when team members would say "that's not the way our old leader would do it."

Red flag #2. No support for a learning curve time line (short) and boundaries with others!
His track record of success had been in sales and now he was being placed in a key marketing role. His direct reports were a well seasoned bunch used to dealing with the former leader and now president. They began to criticize the new leader's lack of knowledge, and rolled their eyes when he asked questions in meetings. To make matters worse, the new president still wanted to lead his old team. He came to meetings that should have been led by the new leader and undermined his authority when he didn't like the direction the new leader wanted to take things.

Red flag #3. A lack of vision and buy-in for direction.
Things went from bad to worse when the business (which had reported 4 straight years of unprecedented success) took a tumble. The board got very nervous and requested the president take back the reins and get the business fixed, and fast! The new leader tried his best to make recommendations, rally the team and demonstrate the necessary actions needed to turn the business around. It was a losing battle as he began to hear things from HR and others about his need to "own an opinion and speak up". People began taking credit for his ideas even when he did make credible and innovative suggestions for how to fix the problems. Sadly, he realized too late that he had not detailed what he was up against, and rallied enough people to his vision for the future of the business.

What sets a leader up for success? 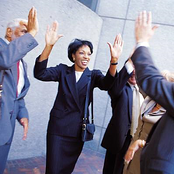 Despite how often, we see the above scenario happen, this doesn't have to happen this way. Organizations that understand the need to set people up for success focus on the following things when promoting leaders to bigger roles:

What happens to newly promoted leaders at your company? Is there a new leader onboarding program to help them? Are they set up for success or failure? And, what does their failure do to your attitude towards the company?
This article was originally authored by Becky Dannenfelser.
Clearwater Consulting would love to explore ways to get the most out your onboarding and new leader coaching programs. Call us at (404) 634-4332 or contact us here.