The corporate world’s answer to the growing challenges of business seems to be a whole room full of partners -- that’s a Team. Although there have always been workplace teams, since the 1980’s their role in corporations has vastly increased. And although they can be highly effective, teams are not the panacea for inefficient organizations. Frustrated members and managers abound, because by all logic their teams should work, but they often don’t. The good news is that the solutions for effective, high-functioning teams are within your reach.

What is a Team?

Katzenbach & Smith in Wisdom of Teams gave this definition of a high functioning team:

“A team is a small number of people with complementary skills who are committed to a common purpose, performance goals and working approach for which they hold themselves accountable”

Work groups that are a collection of individuals, are not a team. Even a group attempting to 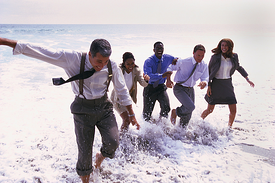 collaborate on a joint project, Katzenback and Smith would call a “potential” team.  A real team has a common purpose, goals and approach. When the team becomes committed to each others’ personal growth, then it can evolve to a true high performance team.

The norm in the workplace is the antithesis of the team: usually each individual must look out for their own interests, which makes team-building difficult.

Patrick Lencioni, author of The Five Dysfunctions of Teams, points out another hurdle typical in corporations. Managers and leaders often leave team issues untreated, hoping they will work themselves out without any heavy lifting, and now you’ve got a recipe for dysfunction.

Whether you are the manager charged with forming and supervising a team, or a member of the group, you can increase the performance of your team and your own job satisfaction by adhering to these five steps.

The 5 Dysfunctions of Teams: What gets in the way of accountability and results

In this popular corporate fable, Patrick Lencioni identified why teams don’t work, how to recognize dysfunction and what to do about it. Teams work, he said, when they have: effective transparency, open conversation, and collaboration. Teams fail when there is:

One good indicator of team dysfunction, for example, is a boring team meeting, said Lencioni. When people don’t challenge one another in discussions about the business, and when people go to meetings unmotivated, you can be pretty confident that they’re not collectively engaged.

In a high-functioning team, people enjoy their work; obstacles become challenges that are fun to take on, rather than annoyances to be endured during the work day.

Do people reserve their complaints for hallway conversations instead of voicing them during meetings? If so, that’s a sign of both a lack of trust and absence healthy conflict.

And what about individuals who are not following through? Lencioni’s first piece of advice to a manager is: tell the team member he is under performing. So many times people are not aware of their situation because managers shy away from giving them direct feedback, especially if it’s negative.

The Role of Team Leader is vital, according to Wisdom of Teams. The leader’s job is to: 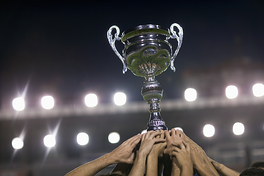 Recognition doesn’t have to be expensive. Genuine praise from a peer or a manager can be very gratifying to an individual who is trying on new ideas or behaviors. The organization needs to develop the habit of recognizing the team rather than the team leader. Performance standards have to reward team performance more than individual performance.

Success does not result from motivation, we are told by Shinichi Suzuki, the famed inventor of the worldwide phenomenon of Suzuki music training, motivation is the result of success. You can transform your team through:

While it takes commitment, patience and insight to get there, high performance teams become self-motivating because receiving the support of peers to perform at your best is so satisfying that it makes work highly desirable.

What have you done to help your team perform at a higher level?