Employee Engagement: Why We All Need to Be Recognized 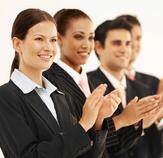 Recognition is a key factor in accelerating and increasing employee engagement. According to a 2008 Towers Perrin Global Recognition Study*, “engagement comes from feeling that my boss cares about me and appreciates my performance.” This study points out that not only were relationships between the direct supervisor or manager extremely important in increasing engagement, but specifically, recognition from the immediate manager was very powerful in boosting employee engagement. Additionally, the study reported that 79% of people cite lack of appreciation as a key reason for leaving their jobs.

Recognition is a basic human need

While we may be wired towards a negativity bias, and finding fault with what is wrong in others or in situations, we all desire recognition. This left over human tendency to guard against danger and keep us safe is in direct contrast to our basic need to contribute, to be part of something bigger than ourselves. At work, this “part of something” or community is our team. Feeling valued on the team fuels our engagement levels and improves our performance. It also improves the performance of the team. Having a leader who takes time to recognize our contributions is a huge motivator.

In working with many of our clients, we have found there is a gap between reality and perception of recognition being given within an organization. Most leaders feel they provide ample recognition to their employees—yet, many employees aren’t feeling the love. The Towers Perrin study referenced above also reported that 56% of senior management said their company was above average in terms of recognizing their employees; yet only 35% of middle managers, and a mere 23% of staff said the same thing. Only 7% of employees in this same study said their employers were excellent at showing appreciation for great work. 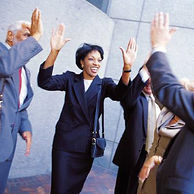 So why don’t more leaders use recognition to motivate others?

If recognition is so important, why don’t leaders give it? Perhaps one of the factors is that recognition, when not given well can actually backfire. While we may have been on the receiving end of great recognition that made us feel valued, it is likely we have also been on the receiving end of a recognition blunder. In my early days as a senior leader, one of my managers ask me to back off of my recognition of him because it was starting to be viewed as favoritism and creating ill feelings among the rest of the team. (What a great lesson for me!) One of the worst recognitions I personally received was when the person singing accolades about a project I was very involved with had no idea of my contributions and quipped, “and Shirley’s been involved in the periphery.” What a de-motivator, even now I want to defend my contributions to that project!

Recognition doesn’t have to be expensive or complicated

Recognition doesn’t have to be part of a formal corporate program to be effective and make us feel valued. In working within one organization, we heard multiple stories of the “marble program” one manager created to show recognition for her team. Not only did her program have an impact on her team, marbles were found throughout the organization as they were shared across cross-functional teams. A friend shared with me that the best recognition she ever received was when a client effusively praised her commitment, relational skills and hard work in front of her boss along with the pronouncement that “we will both be working for her one day.” She was on a high for weeks!

What is the best recognition you’ve ever received? What impact did it have on your work performance?