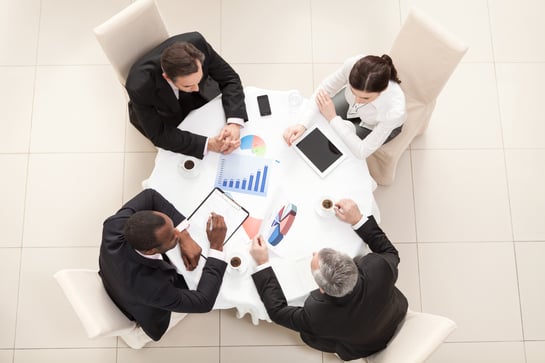 You could have heard a pin drop. Someone finally told John he wasn't pulling his weight that he had missed the deadline again causing the whole team to suffer. Mary was clearly disturbed, so much so that she blurted out, "do your job, so the rest of us can do ours." John was shocked, but stammered how "sorry he was." The team leader, Bill, took the opportunity to sit down and talk about roles and responsibilities and while things were painfully stilted for a few minutes, it got the whole team talking.

This team had been through the fire together and they valued forthrightness and honesty. As a matter of fact, people had been dreading saying something to John because they all liked him so much. Mary had the courage to act on her frustration for her own sake and the good of the team. She was practicing the art of "peer-to-peer" accountability.

How safe is it for you to speak up at work? Amy C. Edmonson introduced the concept team psychological safety back in 1999 as a way to measure the safety level that exists on the team as a unit. What she found was fascinating, the more comfortable people are at speaking up is in direct relationship to how this behavior is treated on the team. If people tend to get their hands slapped for voicing differing opinions or calling out something they believe is wrong, over time the whole team will feel this way--even if it never happened to them specifically.

We know these conversations can be difficult. We just wish there was a way to support more Marys out there.

Be inspired to conduct your own tough talk. Learn more about the different types of difficult conversations in the workplace with tips and strategies for preparing for them.