4 Keys to Revamping Dysfunctional Teams From the Top Down 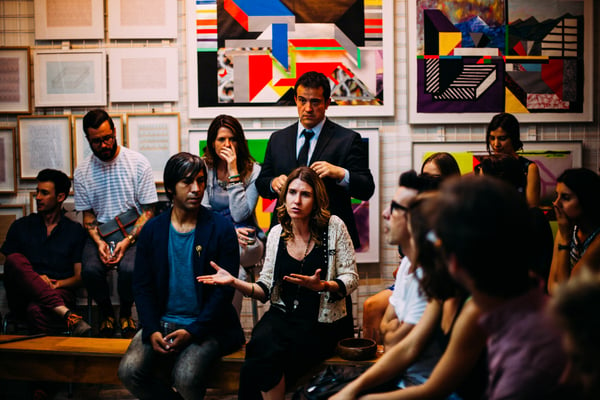 One of the most widely read and downloaded blogs on our Clearwater Consulting website focuses on tackling tough conversations, particularly with one’s manager. The second most widely read blog is on the reasons that dysfunctional teams lack accountability. So, what’s the link between these two massively popular blogs?

We believe there are 4 lenses that help us understand the bridge between accountability, tough conversations and truly functional teams.

1) From Silo Mentality to Broader View

In the 2018 Deloitte Human Capital Trends report, the authors present a hopeful analysis of the C-Suite as starting to realize the advantages of disarming the silo mentality and waking up to the need for “cross-functional vision, connectivity, and collaboration.”

This requires a broader lens, one that incorporates the whole organizational ecosystem at that level. Less about protecting what we have and more about understanding how we each impact the other functions. And what, collectively, creates for shared success.

What’s the antidote for silo mentality? In part, we think it requires taking a closer look at who we think we are and what we bring to the company or team, which leads us to the second lens.

2) From Reactive to Creative

Repeatedly, clients bring us in to help their senior leaders and people managers strengthen their communication. What exactly about communication needs to be addressed? Often it’s the dysfunctional behavior around toxins such as blame, defensiveness, stonewalling, and triangulation (talking about others rather than to them). We consider these reactive behaviors, limiting a leader’s ability to set the stage for candid and healthy debate.

Approaching a situation from a creative lens puts emphasis on clarity of communication – the sharing of information about a situation, about ourselves in fact. The clear setting and sharing of expectations. So, here we run into accountability. What can they count on your for? What can you count on them for? Does everyone understand what they are committing to as an individual, as a team, as a function?

Particularly in highly volatile times, leaders often react to the dynamics of uncomfortable change (a buy out, a merger, an industry shake-up, a leadership overhaul) by going silent, or distancing themselves from the troops. The creative response is to name as much as possible what is occurring – in the 360 tool we often use for senior leaders this is known as “courageous authenticity,” which leads us to the third lens.

3) From Defensive to Development

Neuroscience has long identified the human propensity for defending itself as a norm. The more aware of this unconscious propensity, the better we are able to disarm it when it is inappropriately applied. The messy and complicated arena of feedback unfortunately feeds into this biologic tendency to jump first to a defensive posture.

Individually and organizationally, the antidote here is to shift to a growth mindset, which uses the lens of development to interpret comments shared with us about our behavior, our impact and our interactions. In companies open to it, a growth mindset is encouraged among leaders, across teams and the entire organization. Kegan and Lahey have artfully covered this ground in many books, including An Everyone Culture: Becoming a Deliberately Developmental Organization. Learning isn’t a function siloed in Training. Learning is a foundation of the organization.

With a developmental lens, we shift from defending ourselves to seeking input , debating ideas, identifying the elephant in the room, and having candid conversations on a regular basis that lead to insights, innovation and trust. It is a learned behavior.

And it starts at the top.

4) From Roles to Role Models

In his book, Principles, Ray Dalio lays out with great candor his bumpy leadership journey and the critical role that self honesty played and continues to play as he leads Bridgewater. The culture he and his senior team have created around feedback is all about finding the truth and meeting goals, with high value placed on “radical open-mindedness.” He defines this as being so open to the possibility that you could be wrong, that you encourage others to tell you so. As uncomfortable as that form of transparency may be, it is a lynchpin of the successful culture he has created. Everyone’s role, so to speak, is seeking the truth, from the C-Suite to the individual contributor.

Be intentional about what you want to create as a leader and consider for yourself, as leader of your team or function or organization, the following questions:

Clearwater Consulting would love to help your organization build high functioning teams. Reach out if you would like a complimentary Whiteboard Strategy Session to explore what's possible. (404) 634-4332