It is no secret that well over 90% of all Fortune 500 companies use a 360° survey or multi-rater assessment to determine the effectiveness of their key leaders. The key objective usually focuses on the hope that the executive has improved his/her rankings. However, not all companies recognize how easy it is to take the 360 degree feedback process and turn it into a highly effective streamlined leadership development program. So, why should your company have a 360 degree feedback program to develop talent?

#1: All leaders can develop

The #1 reason to have a 360 Degree Feedback Program in your organization is this: Everyone throughout your company can and should continue to develop at a higher level, even senior leaders. For example, we were called in to a large organization about a failed 360 feedback program. Our first question to the VP of HR was, “Are your senior leaders modeling the behaviors you want to see in leaders who have had 360 feedback given to them?” Her response told us all we needed to know about why the program had failed. She replied, “Oh, our senior leaders aren’t going through this program because they aren’t the ones who need to change.” Senior leaders should set high expectations for their team members and the organization and then lead by example.

#2: A culture of leaders who give and receive feedback fosters trust

Instilling the notion in your talent that they should ask for feedback and be comfortable giving feedback builds resilience in your leaders. One CEO we have had the pleasure of working with for several years models this by asking after every major company event or milestone, “What did we learn today?” and “How will this make our company better?” His organization doesn’t fear feedback. Instead, they relish the opportunity to share their opinions in order to build an even better organization. 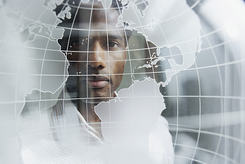 #3: Blind spots can trip up key talent and derail their careers

All leaders have strengths that, when overused or in new stressful situations, may become distorted, overused and turn into weaknesses. When disruptive change occurs such as a new boss, new direction, or poor results that need to be turned around, leaders can become stressed and overly dependent on past success. For example, we worked with a VP of Operations who struggled with new ideas his boss gave him regarding process improvements. The VP would openly resist the new changes in team meetings. His intensity and desire to protect his past success blinded him to the knowledge that he was a bully to many people in the team meetings. His 360 feedback report offered him the opportunity to learn his team members' perspectives and combined with our Executive Coaching for Derailing Leaders, it allowed him the opportunity to improve his blind spots and change his direction as a leader.

All leaders, whether senior executives, managers or high potential talent, can benefit from a comprehensive 360 feedback program which includes the assessment, feedback, training, and coaching. It will increase employee engagement, improve team success, and create a supportive culture for everyone.

Does your company use a 360 process to develop leaders?