3 Reasons You Need a 360 Feedback Program

It is no secret that well over 90% of all Fortune 500 companies use a 360° survey or multi-rater assessment to develop their leaders and to improve a leader’s effectiveness. For some, this means a time of year when all executives at a certain wage grade or title all receive their new assessment. The key objective usually focuses on the hope that the executive has improved his/her rankings. But, not all companies today recognize how easy it is to take the 360 degree feedback process and turn it into a highly effective streamlined leadership developmental program. So, what are the most compelling reasons your company should have a 360 feedback program? 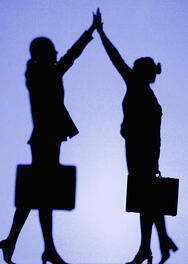 Number one: all leaders can improve. Not just your manager and direct level people but your talent throughout your company can and should continue to develop at a higher level. Several years ago, we were called in to brainstorm with a large organization about a failed 360 feedback program. Our first question of the SVP of Hr told us all we needed to know about why the program had failed. “Are your senior leaders modeling the behaviors you want to see in leaders who have had 360 feedback given to them?” was met with “oh, our senior leaders aren’t going through this program because they aren’t the ones who need to change....”

Number two: a culture of leaders who can give and receive feedback fosters trust. Instilling the notion in your talent that they should be asking for feedback and comfortable giving feedback builds resilience and fortitude. One CEO we have had the pleasure of working with for several years models this by asking after every major company event or milestone, “what did we learn today?” and “how will this make our company better?” His organization doesn’t fear feedback they relish in the opportunity to share their opinion’s to build an even better organization.

Number three: blind spots can trip up key talent and derail their careers. All leaders have strengths that when overused or in new stressful situations may become distorted, overused and turn into weaknesses. When disruptive change occurs- could be a new boss, new direction, or poor results that need to be turned around- leaders can become stressed and may over rely on past success. We are currently working with a VP of Operations who is developing a new approach to process improvements and he is struggling with his new bosses ideas and suggestions. He has dug in his heels around anything new, openly resisting the new changes in team meetings. His intensity and desire to protect his past success have blinded him to the knowledge that he looks like a bully to many in the team meetings. His 360 feedback report offered him the chance to see what others were seeing and allowed him the choice around resetting his direction as a leader.

Today’s best companies understand the need for developing their leaders. Recent research from the AMA and The Institute for Corporate Productivity tells us that the number one reason companies use coaching “is to improve an individual’s performance and or productivity”. And, further emphasis on the need for ROI or proof that coaching has an impact has made the ability to use the 360 assessment as a benchmark of before and after measurement of results. DBM recently survey 468 companies about the future of executive coaching in organizations and they found on demand 360 targeted coaching to show the fourth largest increase in how companies will spend their money to develop their talent in the future.

The key benefits to a 360 feedback program include:

What are your plans for creating a culture of feedback and do you plan to invest in a 360 feedback program in the next year?