3 Reasons Why It's Hard to Create a Coaching Culture 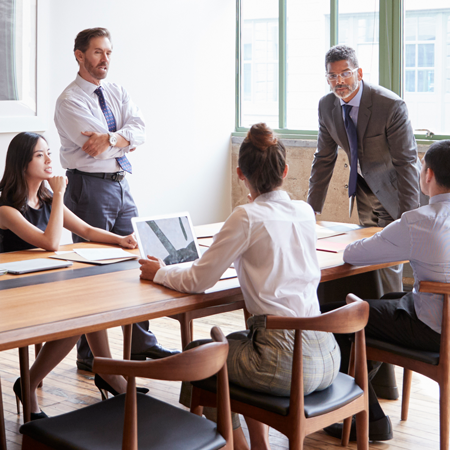 We work with companies to create cultures where business results flourish. Most of the time, we are called in because an engagement survey has produced some abysmal results, or retention of top talent is waning or because a new change transformation initiative is failing.

Partnering with a C-level executive or a top leader in HR usually produces a desire to see leaders at the top engage in developmental practices that support their people so that the people take better care of the results.

Most of the companies we see say they need leaders who can:

Nine times out of 10 they say: "We want to create a coaching culture."

1. Leaders don't know how to coach despite thinking that they do!

Consider Jane, a VP of sales in a $500 million company. She has been a leader in 4 other companies, always in a sales management or leadership role. She considers herself a very strong coach, so when her engagement scores on “my manager regularly coaches me to find my own solutions to problems” demonstrated a low score of 45%, Jane was shocked.

When we sat with her and explored what coaching looked like to her, we discovered Jane thought if she told her people what to do in an open and friendly manner, this was coaching. Her company was implementing a “leader as coach program” and she quickly realized that coaching was more about listening, asking open-ended questions and allowing her people to find their own solutions.

One of the fundamental, foundational skills needed to coach others is the ability to truly listen when you ask a question. It's our observation that a lot of leaders inside companies:

Tom Peters one of our favorite authors on leadership and management, makes a great point on the crucial importance for leaders to learn to listen strategically longer than 18 seconds. Tom says, "the single most significant strategic strength that an organization can have is not a good strategic plan, but a commitment to strategic listening on the part of every member of the organization." Watch the video here.

Leaders tend to ask questions that are leading, lack transparency and do not motivate people to find their own solutions. This is really not that hard, yet we see leaders get confused about how to use great questions to move the coaching conversation forward. Unfortunately, too often we see leaders who:

Open-ended questions encourage direct reports to brain- storm their own solutions, so a leader can understand how they think. This empowering approach leads to greater accountability from the direct report to solve his/her problems, while fostering belief in their own abilities.

Consider Tom, a VP of Advertising. He has worked for his current company for 5 years. Every year, he takes time to create the goals for each of his 7 direct reports. He spends many hours working up the ideas, strategies and advertising campaign money each direct report will collect. The budget calls for an aggressive 15% increase this year.

After completing the coaching training program, he decides to take a risk and do things differently. He calls his direct reports in and tells them he wants them to develop their own plans to present to him the following week. His biggest fear was that his team would not be able to create strong enough goals to produce the 15%. He was pleasantly surprised when his team rolled up a budget of 20% over last year. He realized that he had been holding them back! They had ideas and solutions that allowed them to buy in at a higher level when the ideas were their own!

If you truly want to create a coaching culture in your organization, you need to acknowledge that people probably don’t know how to coach, don’t know how to listen and ask questions that motivate those they lead. But, don’t give up hope!

It’s our greatest joy when we see the light bulb go off for the leaders we’ve trained and they really start to understand what it takes to be a “leader as coach.” For while the impact on the direct report is substantial, it’s amazing what can happen to the leader when they engage in coaching practices. They finally get to see what they’ve been missing—a real chance to get the most from their people and to be free to worry about that vision, alignment and execution thing!

What’s your biggest roadblock to creating a coaching culture? Do your leaders have the skills to coach others?